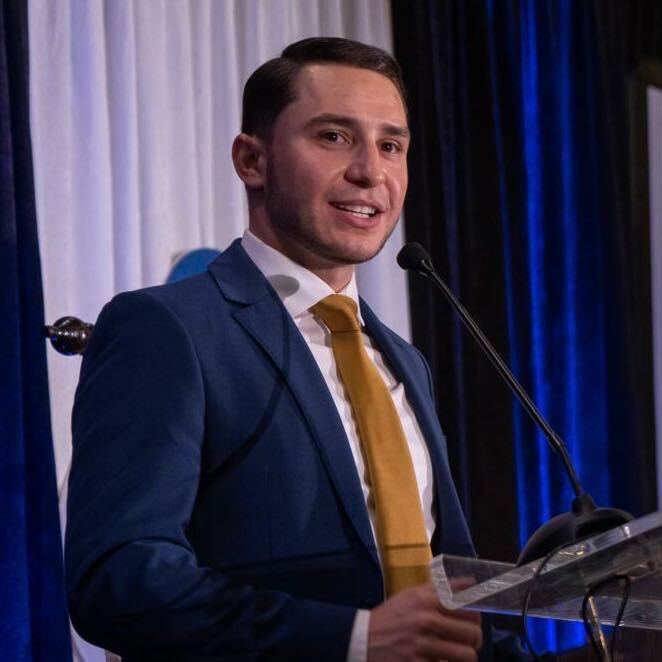 It's a blessing to be a part of a social movement that stands on the frontlines. We proudly and humbly stand on the shoulders of those that came before us, and the legacies of those who did tenfold of what we are doing today. Championing these causes and being a voice for the voiceless is a huge honor and blessing."
- Selaedin Maksut, Executive Director, CAIR-NJ

We had the honor of interviewing Selaedin Maksut, the Executive Director of CAIR-New Jersey, a state chapter of the Council of American Islamic Relations (CAIR). CAIR is the largest and oldest civil rights organization, with 25 chapters nationwide, advocating for the rights of Muslims in the United States. We sat down with Selaedin to learn more about himself, the work CAIR-NJ is committed to, and the current effort to designate January as Muslim Awareness and Appreciation Month in New Jersey.

Selaedin explains the work that CAIR-NJ is committed to…

CAIR provides free legal services to community members facing discrimination on the basis of race and/or religion. The cases that we see range from hate crimes, employment discrimination, land use discrimination, government surveillance, and initimdation when traveling. The National office is leading efforts to fight the federal government’s “watch-list”, a long arbitrary list of American Muslim who are routinely detained while traveling in and out of the United States.

Other components of our work include educational programing like Know-Your-Rights (KYR) trainings, cultural competency trainings, and education around civic engagement and advocacy. With the KYR trainings, we make sure that community members know their rights and how to advocate for themselves. The cultural competency trainings educate employers on making workplaces/spaces more inclusive and welcoming of their Muslim employees. For example, for the holy month of Ramadan, employers can ensure that their Muslim employees feel comfortable practicing their faith during the work day. We have seen cases where Muslim employees, especially Muslim women who wear the headscarf, have been threatened or made to feel unwelcomed. We work hard to prevent that. Lastly, from the state legislature to local municipalities, we pursue advocacy efforts that champion the conserns of the American Muslim community. We work on issues as local as providing Halal food in public schools, to state legislation that highlights Muslim contributions to the state.

CAIR-NJ is currently advocating for January to be Muslim Awareness and Appreciation Month in New Jersey. In his own words, Selaedin shares why it is important to have a month to celebrate the contributions made by the Muslim community…

CAIR-NJ is leading efforts in New Jersey to make it the third state in the country to designate January as Muslim Awareness and Appreciation Month. The month would celebrate the contributions made by the Muslim community to New Jersey. This is really important to us because our state has the largest Muslim population per capita in the country: approximately 3% of the population is Muslim. We want to highlight the magnificent contributions that they have made to the state, and celebrate the richness of our diverse community, so other New Jerseyans can be more understanding and welcoming of their Muslim neighbors.

For me personally, New Jersey is home. Growing up after 9/11, it was difficult to see my faith and community be vilified in the media and by politicians. Now 20 years later, we are better positioned to combat islamophobia, and having Muslim Awareness and Appreciation Month would help introduce a more positive representation of our community and faith.

Our organization wants to be able to bring Halal food to all New Jersey schools, especially those school districts with high populations of Muslim youth. In 2021, CAIR-NJ was able to get confirmation from the Atlantic City Public School system to provide Halal food to children. This was a major win for our organization and our community! Another recent success was CAIR-NJ’s conversation with New Jersey State Senator-Elect Edward Durr, where we were able to confirm his commitment to stand against Islamophobia. In the past, the Senator had made problematic tweets about the Muslim community and we thought that the best way to address our concerns with him was to have a conversation. This is a person elected to a high political office in our state, and now has the power to draft legislation that impacts all of his constituents, including Muslims. Such hateful speech coming from a legislator fosters an environment that is hostile to Muslims and other marginalized groups. During our conversation, the Senator recognized the responsibility he now has—to ensure the safety of his constituents and make New Jersey a more welcoming state. Senator Durr disavowed Islamophobia, made a commitment to not use such negative rhetoric moving forward, as well as support our advocacy efforts concerning the Muslim community.

Selaedin shares his thoughts on the social justice movement…

The work is fulfilling because it's faith-based work that seeks to ensure everyone has equal opportunity, their civil rights are respected, and is treated with dignity. Once you are in the field, you see the impact right away and the change that can be made. It's a blessing to be a part of a social movement that  stands on the frontlines. We proudly and humbly stand on the shoulders of those that came before us, and the legacies of those who did tenfold of what we are doing today. We are carrying the torch that people have passed down to us. Championing these causes and being a voice for the voiceless is a huge honor and blessing for me.

We asked Selaedin who he would choose as a mentor. He responded…

If I had the opportunity to choose anyone as my mentor, it would be Malcolm X – a man who was so successful in his work that even the United States government felt threatened by his existence. I refer back to his life story often. The courage and strength he had was like no other. He was well ahead of his time. His Hajj pilgrimage to Mecca and coming back as a changed man is an especially inspirational part of his life for me. He changed his entire approach to his civil rights work when he encountered the Islamic tradition and the Muslim world. I take so much inspiration from that part of Malcolm X’s life, and his overall legacy that he left behind for us all.

Get involved with CAIR-NJ! Volunteer and internship opportunities are available!