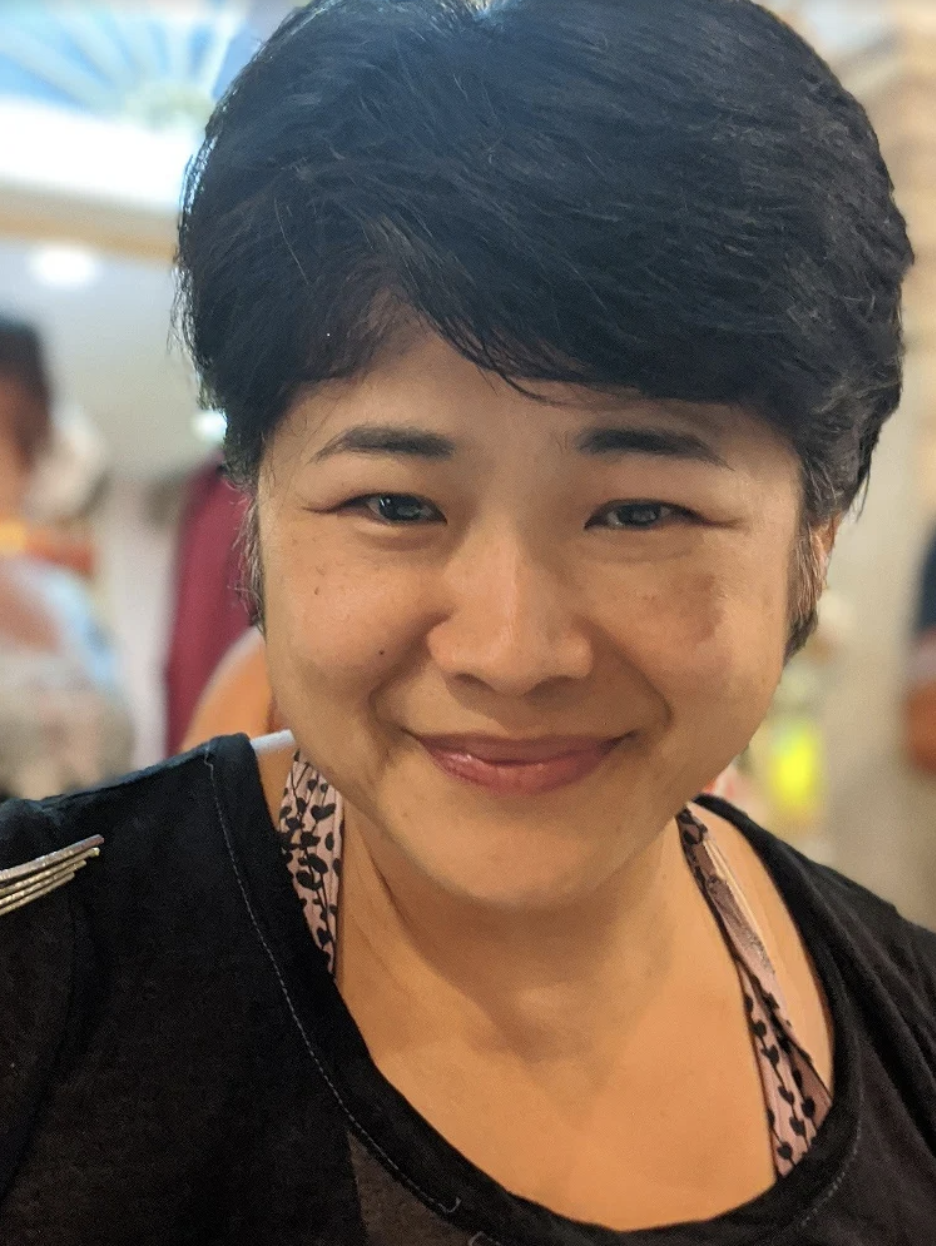 "It’s a question of human rights and equality. Everyone should have the same basic human rights, and that there are many injustices and inequalities in our country that we continue to work to dismantle, eliminate, and reduce. Once we achieve that goal of equity, everyone will feel safe, including immigrants. Whether you or your ancestors came 100 or 200 years ago, immigrants who came after that are all here for the same purposes: to pursue better opportunities for themselves. People should have the right to protection as well as better futures for themselves and their children. With that belief, New Jersey can play a role in creating a pro-immigrant, welcoming environment as well as a state with concrete policies that uphold everybody's rights. I do think that welcoming immigrants does not hurt anyone, so I see all the benefits of fair and welcoming policies."

Chia-Chia on who she is, what she does, and why she does it…

"My current title and position with the American Friends Service Committee (AFSC) is Organizing and Advocacy Director. I started with AFSC about 16 years ago as a pretty junior staff member that didn’t really know anything about Quakers or Quakerism. I was very curious to learn about it and was looking forward to a different policy environment. I was working in New York before with a really great organization called Children’s Defense Fund doing a lot of public benefits work, but I felt like I needed a space that could speak to my own experience as an immigrant and being foreign-born. I found AFSC and have been here ever since. I believe in the work because I work with really, really good people and everybody wants to see changes. That’s one of the reasons why I come to do what I do, people want to see change and believe in change. My own values are really because of my family. You know, my grandparents taught me how to not take advantage of others, and really see how you yourself can contribute to your community. That has stayed with me."

"One success would be helping to ban of ICE Detention contracts in New Jersey, which just became law last year. It was really quick, but it wasn’t just about the policy that became law. It was about how we were able to get support from legislators, the community, and the State, and move the public to stand against incarcerating people for profit. For me, the most significant thing is that there is a change of hearts and minds, there is a broader support for immigrant rights and for anti-detention work.

Now, we are advocating for the passage of the Values Act (A1986/S512), in coalition with other NJAIJ members. We continue to support Temporary Protected Status holders to obtain permanent residency, and serve a large number of DACA holders and their families.

We are working on two new program areas. One is to cultivate immigrant women’s leadership in immigration, anti-detention, and anti-deportation organizing. We want to support them as they share their stories and call out the injustices they face. The second new program we’re working on is supporting the leadership development of Black immigrants, primarily focusing on those of West African and Haitian descent. Haiti is very special for me and others (such as Serges Demefack who’s going to be the lead person for this work) because of the multiple oppressions that Haitians face in their country, in Latin America, and in the US. We hope to see more Haitian leadership in coming years."

Chia-Chia on what AAPI Heritage Month means to her personally…

"This month is an exciting month to take a moment to celebrate our cultural heritage. Though, t’s also important to build solidarity with other communities, especially communities of Color and talk about who we are and what we do in conjunction with other communities. There’s a need for that. There’s often a disconnect between Asian Americans and other immigrants and communities of Color. I say that because I’m usually the only Asian person in rallies and policy work. It’s exciting to see people like Amy Torres, as well as a few other leaders, joining the policy and organizing work in New Jersey.

In terms of myself, I have a little bit of a different experience. My grandparents moved to Taiwan, and my mom went to Taiwan when she was two years old. I lived the first 22-years of my life in Taiwan, and I believe that - and this is getting political - Taiwan is not part of China. I have the experience of being categorized or defined as a stateless people, and there is often ignorance among advocates to make comments like “Why don’t you want to be part of China'' or “Why don’t you want to be Chinese” or “What’s the difference, they’re all the same”. While fighting for others rights, it’s sometimes hard to assert your own rights because it’s not something that everybody else has to fight for. It takes time to invest in relationships to have conversations about the perception of who Taiwanese people are. I want to just mention that I do have my own identity, and that might be different from others. I encourage people to not generalize because of my last name or where I came from."

"I don’t think there is any Asian person in leadership at AFSC. Because of this, I’m proud to be where I am in a small local leadership program, but its difficult. I do think that within the Asian and Asian American community, there’s a lot of silence about the oppression that we faced years ago and continue to face. When you face or receive unfair treatment, Asian Americans usually don’t say anything. In general, there's a common culture where we don't want to talk about politics. “Why do you work in nonprofits?”, “Why do you talk about policies?”, “You should work in finance.”, “You should try to be a lawyer or a doctor” or “Work to support your parents”. Theres an endurance in order to survive hardship or oppression or discrimination and not talk about it. We need to change that. If we don't talk about those discriminations or oppression or the unfairness that we encounter, things will never change. Larger communities must also realize that Asian Americans face a great deal of discrimination. One day, I was just walking down the street in Newark and kept reflecting to myself, “how am I being seen on the street?”. An altercation happened where someone spat on my shoes and joked about it. This was not a joke to me, but I didn’t want to start a fight. Did they not expect me to speak up because I’m Asian? Maybe. I do think that those things can be very hurtful, and if you don’t talk about it, then you’ll never be recognized."

Chia-Chia shares her thoughts on indigeneity within the AAPI Community…

"I love the word Pacific Islander. I haven’t read much about Pacific Islanders but Taiwan is an island that's in the Pacific. There were a lot of indigenous communities that I grew up with and I’d like to be recognized as part of that community, rather than the inland community. I also want to highlight Pacific Islanders as the original people in many parts of Asia."

What’s the last book you read/what book has impacted you the most?

"I can’t name one! I have a lot of different interests. In recent years I enjoyed fictional novels based on true history. I love those. I read a lot of African history, about African wars based on tribal history and conflict. I really enjoyed those, and learning and appreciating the little things about it, like how food sometimes united them. I’m also very interested in psychoanalysis. I like reading on how people’s minds change their behavior or how there are certain things that are passed down through generations.

Recently, I’ve picked up some Chinese writing because I’m forgetting how to write things. I think that I’m going to lose it more as the years go by, so I’ve started reading traditional Chinese books, from novels to self improvement books."