Today, the Supreme Court released its 5-4 decision to uphold the third version of the Trump administration’s Muslim Ban denying visas and protection for travelers and refugees from six Muslim-majority countries. In response, the New Jersey Alliance for Immigrant Justice released the following statement,

“By upholding the Muslim ban, the United States Supreme Court has sided with a racist and xenophobic attack on Muslims and immigrants. Banning travelers and refugees from Muslim majority countries has been a part of the Trump Administration's policies against immigrant communities from the beginning. The continuation of this ban will harm Americans and immigrants with family members in those countries who will not be able to see their loved ones. This goes against American values of reuniting families and welcoming immigrants. We will continue to stand up and fight back against attacks on immigrants to ensure that families are never separated,” said Johanna Calle, director of New Jersey Alliance for Immigrant Justice. 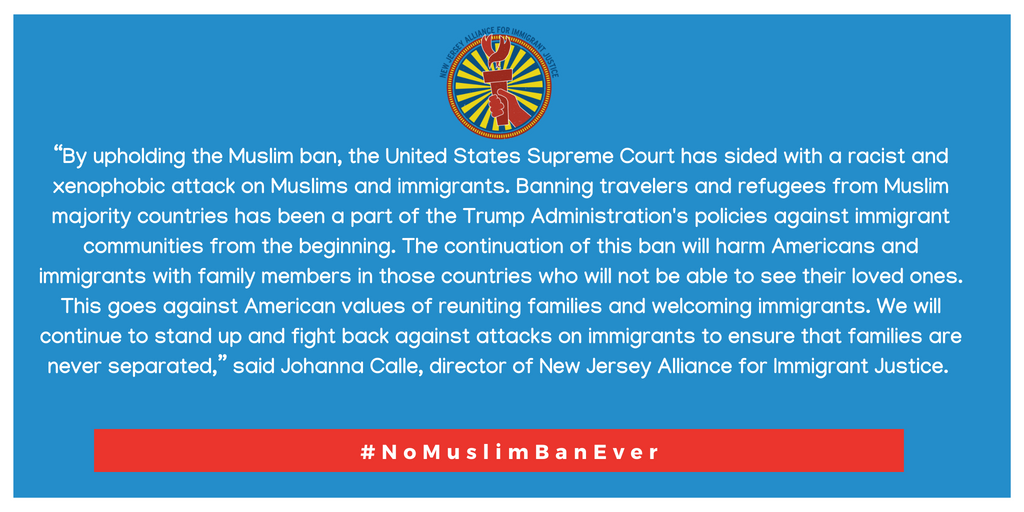