Fair & Welcoming - New Jersey For All

The NJAIJ Fair and Welcoming - New Jersey For All - Platform fights to “future-proof” New Jersey against cruel and inhumane federal immigration enforcement by establishing clear separations between our state resources and state agencies, and banning ICE detention contracts.

The Fair and Welcoming Platform includes:

A fair and welcoming New Jersey for all of us, regardless of immigration status.

Learn about the Values Act or access our one pager: 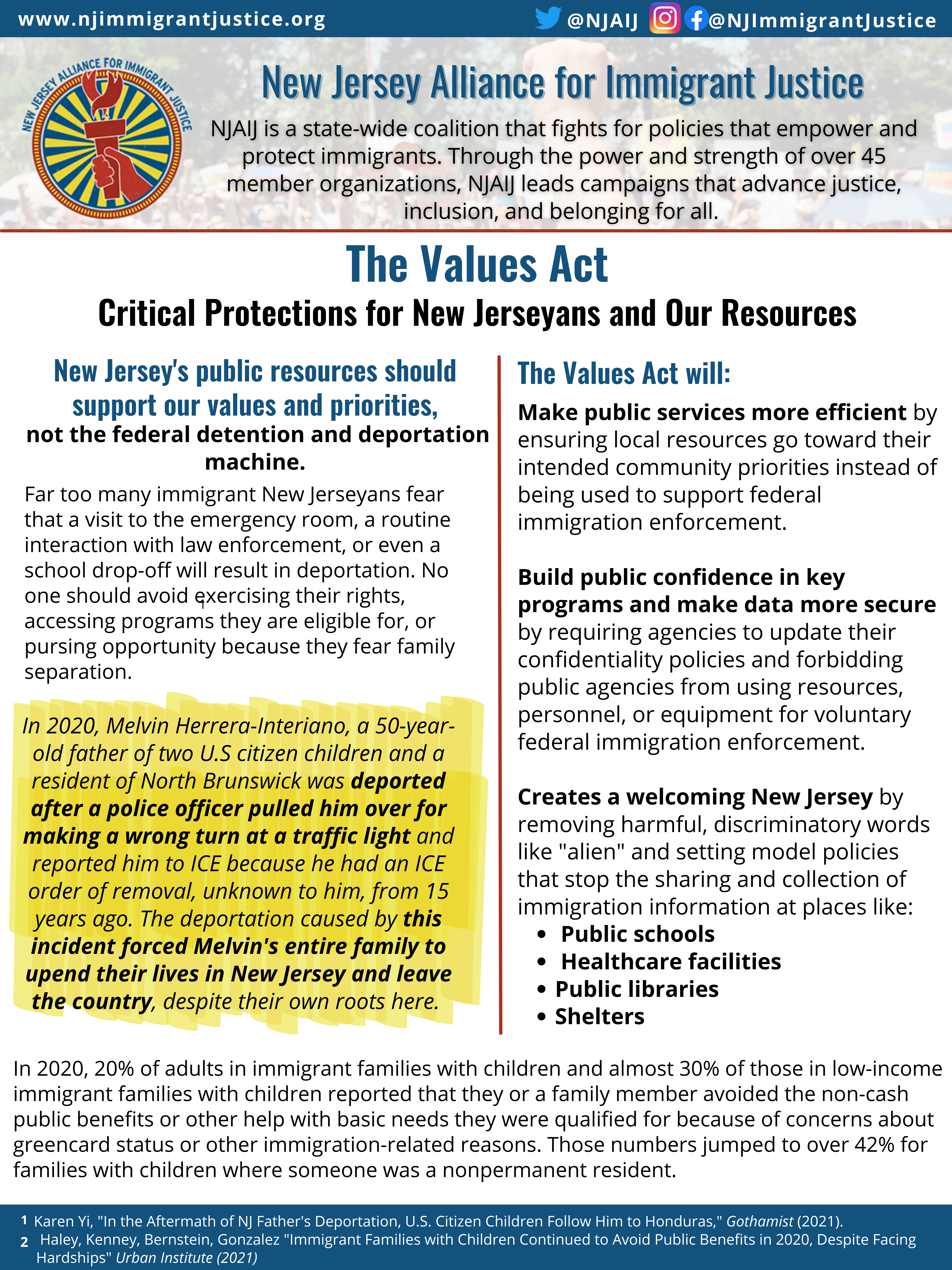 NJAIJ is a statewide coalition that fights for policies that empower and protect immigrants.